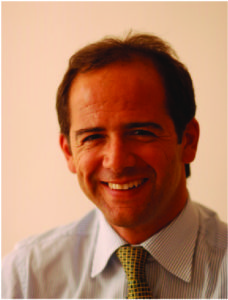 Pietro Paolo Ferraro graduated in 1995 with a degree in Law from the University of Naples “Federico II” with a final grade of 110/110 with honors and special mention of the commission. After obtaining, in 2000, a PhD in the Law of Economic and Employment Relations at the University of Naples “Federico II”, he won, in 2002, a position as researcher of Commercial Law in the University of Campania “Luigi Vanvitelli”, where he is currently in service, and then obtained the National Scientific Qualification, as an associate professor of Commercial Law, in 2012 and 2016.

Pietro Paolo provides judicial assistance and extra-judicial advice in corporate, competition and contractual matters, to major companies, both domestic and foreign, operating chiefly in the financial, shipping, agri-food and health sectors. He also works on matters relating to bankruptcies and other insolvency procedures, dealing with corporate restructuring agreements.

Pietro Paolo is a member of the editorial boards of the “Giurisprudenza Commerciale ” and ” Il Diritto Fallimentare e delle Società Commerciali“.

Pietro Paolo has participated in several national and international conferences on issues of business law, corporate law and business crisis law, and has on-going research and teaching relationships with Spanish universities.