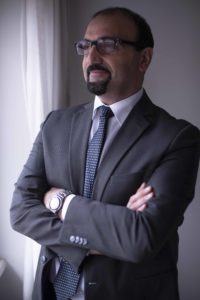 A native of Rome, Tommaso graduated from the Talete State Scientific High School and graduated in Law from the University of La Sapienza Studies in Rome in the academic year 2001-2002, with a thesis in public law, on the principle of horizontal subsidiarity in the Italian constitutional system. Immediately after graduation, Tommaso started practicing law at an independent firm, mainly delving into the issues of administrative law, employment law, real estate law, family law and immigration law. The experience helped him to discover a variety of realities, to confront different but at the same time related disciplines and to attend many judicial and administrative offices. Following bar qualification, Tommaso collaborated for three years with a top tier commercial law firm, where he deepened his knowledge of commercial, corporate and bankruptcy law.

Tommaso then embarked independently on the profession, taking part in productive collaborations with some independent firms. In 2011 Tommaso began to collaborate assiduously – fully sharing their modus operandi and objectives – with Andrea Stigi and Michael Stiefel founders of the “Stigi & Stiefel”, a firm which he later joined, becoming a partner in the 2014.